On 24 February 2022, the international community witnessed the Russian Federation’s decision to invade Ukraine, a free country, a democracy. In response to a letter from the President of the CNUE, Giampaolo Marcoz, dated 25 February, the President of the Ukrainian Notariat Volodymyr Marchenko described the tragic situation of the Ukrainian people and called for assistance to the entire world notarial community.

In response to the brutality of the acts, once the initial struggle had passed, the CNUE quickly mobilised to provide an institutional and on the ground response to the crisis. An Extraordinary General Assembly of the CNUE was held on 1 March 2022 with the President of the Ukrainian Notariat, from his city of Kharkiv under bombardments. On that occasion, the CNUE adopted a resolution in which it strongly condemned the Russian aggression, announced the establishment of a coordination structure to provide humanitarian aid to Ukrainian citizens, affirmed its willingness to cooperate with national and European institutions in the application of financial sanctions against Russia and Belarus and, finally, granted observer status to the CNUE to the Chamber of Notaries of Ukraine.

Subsequently, at its General Assembly on 18 March, the CNUE took the decision to set up the “shelter for refugees” initiative , aimed at providing housing for Ukrainian refugees. The Presidents of the European Notariats have also committed to provide financial support (link to page) by donating EUR 150 000 to the Red Cross. In addition, a specific bank account has been set up to collect individual donations from citizens, notaries, local or national notarial chambers. 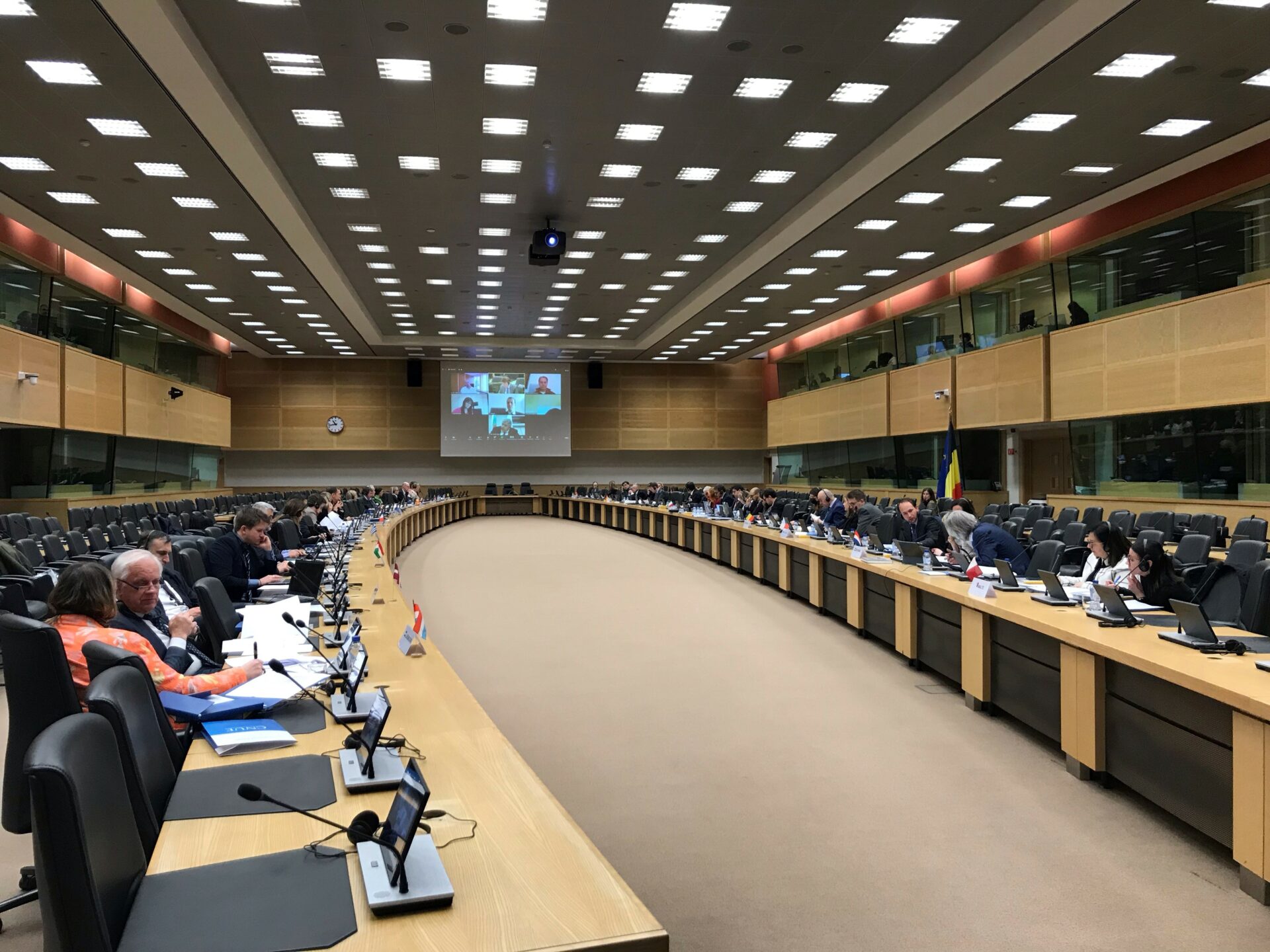 The European Commission’s Director of Civil and Commercial Justice, Salla Saastamoinen, took part in the General Assembly. She reviewed the various sanctions aimed at economically isolating Russia and Belarus and thereby having an impact on the fate of the war. Within the European Commission, a freeze and seize task force has been set up and coordinated by Commissioner Didier Reynders to ensure effective compliance with the measures.

The Task Force brings together the Directorate-General for Justice and Consumers, other services of the European Commission, the Member States as well as Eurojust and Europol. The CNUE assured the European Commission of its willingness to raise awareness among European notaries about the full application of sanctions, as well as its willingness to cooperate with the structures in place.

MsSaastamoinen also stressed the importance of improving knowledge of Ukrainian law as applicable in family and succession law cases. The CNUE has stated its intention to contribute to this objective, in particular through its information websites for the general public.

On the occasion of the General Assembly in Como on 24 June 2022, President Marchenko addressed the presidents of the 22 notariats of the European Union. He described the atrocities faced by the Ukrainian people and notaries, many of whom have abandoned their offices and joined the army. Other notaries have taken refuge with their children abroad. Only about one third of Ukrainian notaries continue to serve the citizens, drafting documents under extremely difficult conditions. 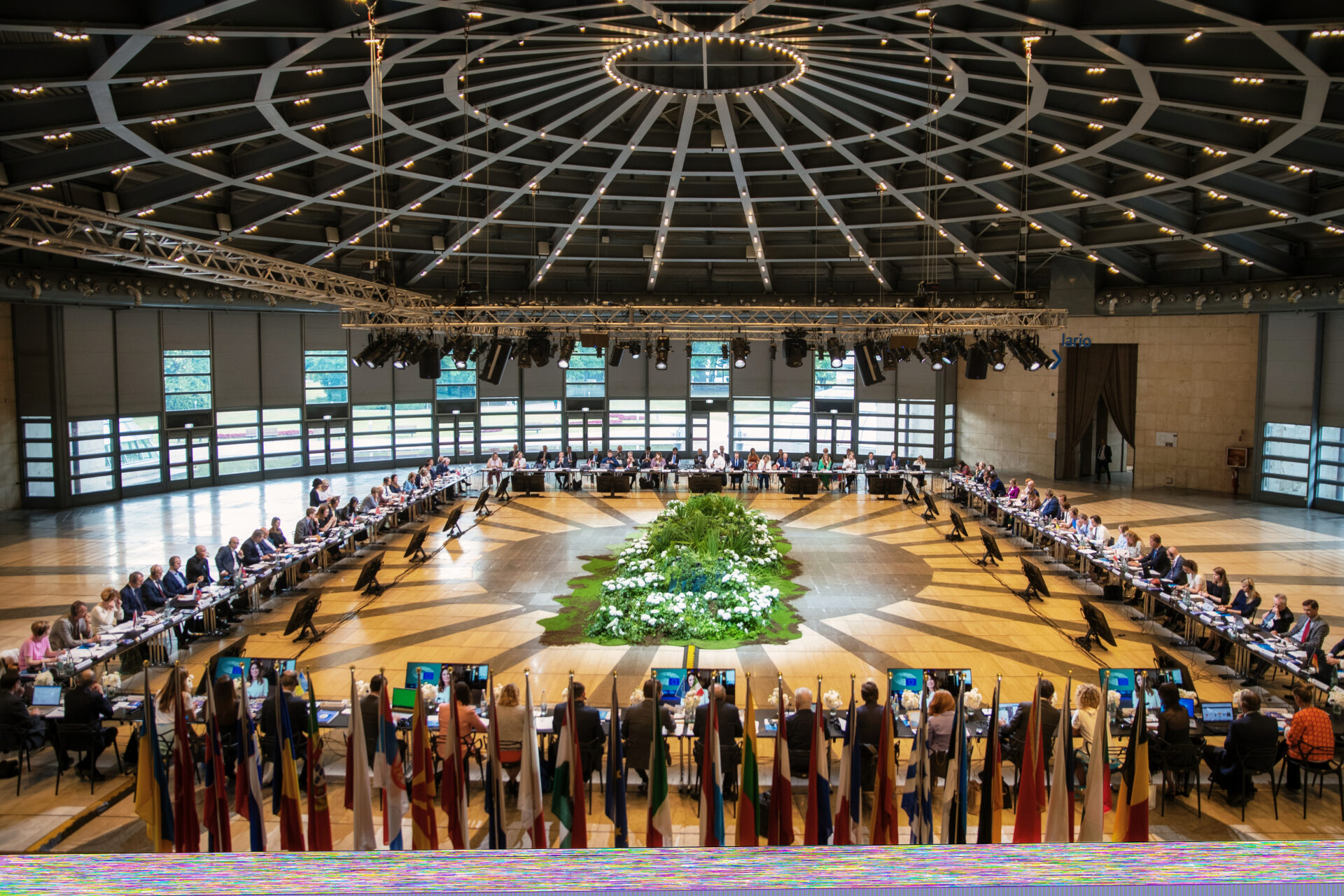 President Marchenko again appealed for support for the Foundation “Save Ukrainian Notaries and their Families”, which aims to help notaries both on a humanitarian and structural level. This appeal has been heard by CNUE and its President Giampaolo Marcoz, who has pledged to make a financial contribution to the Foundation’s activities. For more information on the Ukrainian Notariat Foundation: http://help.npu.ua/

In addition, the CNUE Bureau presented a new form developed with the help of the European Notarial Network, allowing parents to express their wishes regarding the travel of their child leaving Ukraine and the exercise of parental responsibility. This form is available for free download on the ENN website. It is fully bilingual (Ukrainian/English and Ukrainian/French) and will soon be available in 17 other languages of the European Union, in order to make it understandable in the country of destination.

A form to facilitate travel abroad for children leaving Ukraine 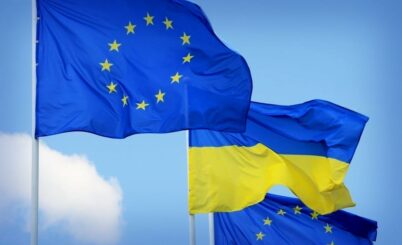 Charitable Foundation of the Chamber of Notaries of Ukraine 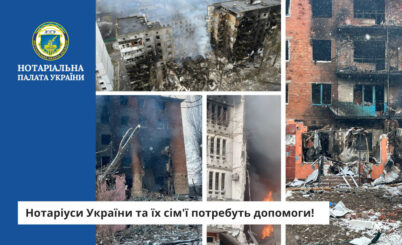 EU sanctions against the Russian Federation and Belarus

Ukraine - Resolution of the General Assembly of the CNUE

Letter from the President of the Ukrainian Notariat Volodymyr Marchenko

Letter from CNUE President G. Marcoz to the President of the Ukrainian Notariat V. Marchenko