The CNUE participates in the Digital Justice Ministerial Forum

On 12 October 2021, at the initiative of Věra Jourová, Vice-President for Values and Transparency, and Didier Reynders, Commissioner for Justice, the European Commission hosted the Digital Justice Ministerial Forum.

Commissioner Reynders opened the event by presenting the EU’s upcoming initiatives on the digitalisation of judicial cooperation, planned as part of the Union’s modernisation efforts and response to the challenges of the pandemic. In December last year, the Commission presented a set of initiatives to modernise the EU’s judicial systems. During the Forum, the Commission also announced the launch of the new version of the European e-Justice portal, which provides practical guidance and a wealth of tools and information in all EU languages to citizens, businesses, the judiciary and legal practitioners on their rights, national laws and court procedures.

During the event, justice ministers and legal professional organisations discussed the digitalisation of national judicial systems and the impact at EU level. CNUE Secretary General Raul Radoi spoke at the session “Overall EU approach to digitalisation/general principles and needs of the legal professions and society”. He was asked, among other things, about the lessons to be learned from the pandemic and about the involvement of legal practitioners in the design of digital solutions in the field of justice.

Raul Radoi recalled the important role played by notaries during the pandemic and their obligation as public officers to ensure the continuity of their services to the population. To this end, practical solutions have been put in place. However, Mr Radoi stressed that one of the conclusions to be drawn from this period was that legal certainty in the digital world should be at the same level as in the “physical world”. He also recalled that notaries had not waited for the pandemic to propose innovative solutions, such as: the authentic act in electronic form, the dematerialisation of registers and their interconnection, the work in progress to broaden the possibilities of transmitting acts in a secure manner between European notaries, the European Notarial Network which allows cross-border cooperation between notaries, the secure transmission of documents between notaries, etc. For this reason, he called on the European Commission to take account of the tools in place in the various Member States by the legal professions and to favour interoperability as a principled approach. 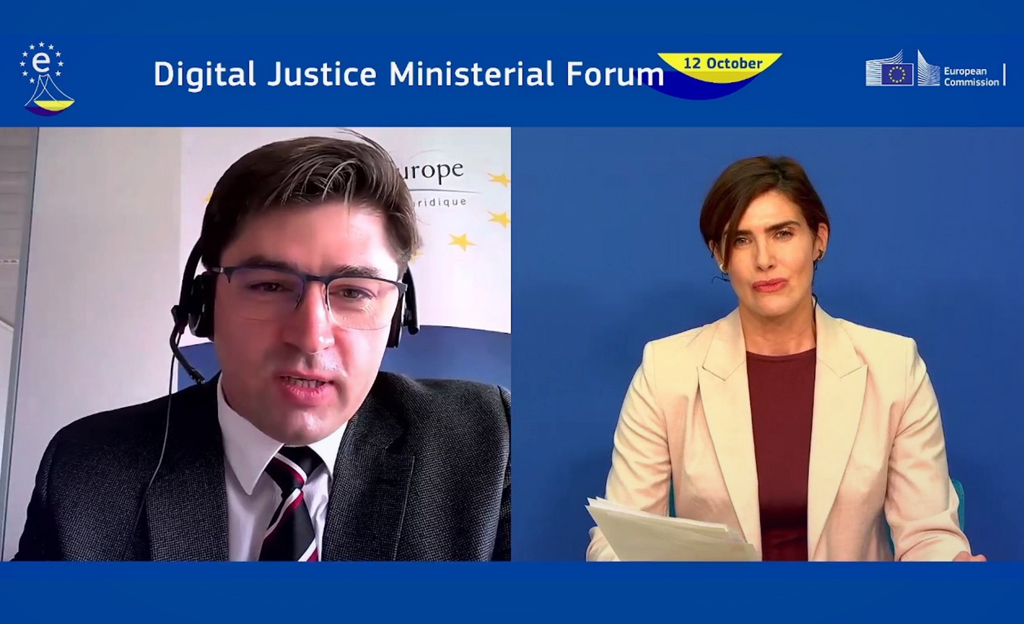