Home  -  News  -  Interview with Giampaolo Marcoz, President of the CNUE

On 24 June 2022, the Council of the Notariats of the European Union (CNUE) will hold its Plenary General Assembly in Como, Italy. The Plenary General Assembly is an important stage of the year, in which the presidents of the 22 CNUE member notariats, as well as the five observer members, take part. Just a few days before this institutional meeting, we put a few questions to the President of the CNUE, Giampaolo Marcoz, to take stock of the recent news and future issues facing the European notariat.

Six months after you took office as President of the CNUE, can you tell us which issues have been at the centre of your concerns?

Obviously, the conflict in Ukraine and its political consequences quickly came to the forefront of our work. In the days following the start of the crisis on 24 February, the CNUE was alerted by the President of the Ukrainian Notariat, Volodymyr Marchenko, to the tragic events taking place. President Marchenko appealed to us for help and since then we have been trying to mobilise the resources at our disposal.

Already on 1 March, at an Extraordinary General Assembly, the CNUE decided to grant the Chamber of Notaries of Ukraine the status of observer member. We then worked to provide financial and humanitarian aid, through organisations such as the Red Cross and the Foundation set up by the Ukrainian Notariat.

Obviously, the legal aspect and notarial practice are of paramount importance. We are working on the establishment of a Network of Notaries for Ukraine, which can be mobilised to respond to specific requests. We have added factsheets on Ukrainian law to our public information websites (Successions in Europe, Couples in Europe, The Vulnerable in Europe, etc.). We have drawn up lists of frequently asked questions that notaries may encounter when dealing with cases involving Ukrainian nationals. Finally, with the support of the European Commission, we have developed a multilingual form to facilitate the reception of unaccompanied Ukrainian minors in other EU countries.

Obviously, the conflict in Ukraine and its political consequences quickly came to the forefront of our work.

In parallel to the conflict in Ukraine, we can assume that the European legislative machine has not stopped turning?

Yes, it has! Many dossiers are on the table and have a direct link with the activities of notaries. I am thinking of family law. The European Commission has begun discussions on a new legislative initiative on filiation, which is expected this year.

The protection of vulnerable adults is also a topical issue. For many years, we have been lobbying the European institutions on the need to adopt a European regulation on the mutual recognition of protection regimes. It would seem that the European Commission now wishes to move in this direction.

With the health crisis, the European legislator also seems to favour an all-digital approach?

The objectives are clear. The European Commission talks about a “Digital Decade”. At the CNUE, we want to ensure that the level of legal certainty is the same in the digital world as in the “real” world. Furthermore, technology should be seen as an additional service tool. For example, for vulnerable people and people with few digital skills, there should always be a paper-based alternative.

We have shared these fundamental principles in two position papers that we adopted in March:

– one on the proposed revision of the e-IDAS/e-ID Regulation, which aims to provide citizens and businesses with digital portfolios, linked to their national digital identities.

– the other on the draft regulation on e-Justice, responding to the consultation that was opened by the European Commission.

The CNUE is working with the European institutions on these proposals. This is an opportunity for the European notariat to highlight our experience and achievements, both at national and European level.

At the CNUE, we want to ensure that the level of legal certainty is the same in the digital world as in the “real” world.

What are your ambitions for the second part of your mandate?

I have two projects that are particularly close to my heart. First of all, we intend to organise a hackathon in the last quarter of 2022, in which teams of multidisciplinary specialists from the various European notariats will participate. I expect this event to be forward-looking, enabling us to envisage tomorrow’s technical solutions for ever more integrated cooperation between European notaries.

Finally, the European Union has decreed that 2022 will be the year of youth. This is an important opportunity for the notariat in many respects. Our profession has changed profoundly. We need to convey the message to the outside world that we are a young, dynamic and forward-looking profession. This year, CNUE’s activities also follow this guideline. On the occasion of the European Day of Justice on 25 October, we will organise an event on the theme of “The rule of law as a protection for the new generations”, probably in partnership with the European Parliament. 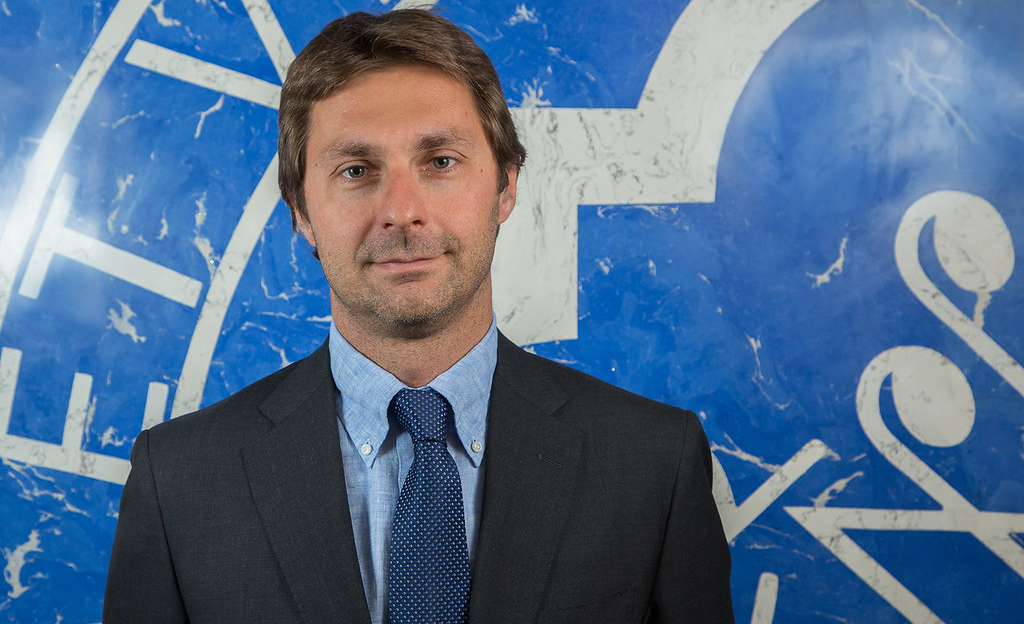