At a joint press conference on Wednesday 18 September, the German and Spanish notariats announced that they are now ready for the creation of online companies in the context of the transposition into national law of Directive 2019/1151.

This directive 2019/1151 on the use of digital tools and processes in company law was adopted in June by the European Parliament and the Council, setting August 2021 as the deadline for transposition into national law.

The President of the General Council of Notaries in Spain, José Ángel Martínez Sanchiz, explained this morning that “German and Spanish notaries have common principles and have worked with the European Commission to prepare this Directive, in the context of the Council of Notariats of the European Union”.

The new directive, which allows the creation of companies entirely through remote digital channels, “relies on the involvement of notaries to guarantee legal security in the process, the identification and verification of the legal capacity of entrepreneurs, impartial advice and the prevention of money laundering, terrorist financing and tax fraud”, said Martínez Sanchiz.

For his part, Jens Bormann, President of the Federal Chamber of German Notaries, referred to “the important role that the European legislator has assigned to notaries in the directive, placing them at the heart of the procedure for incorporating companies online. The aim is to ensure that companies are legally constituted in order to avoid any subsequent disputes. At the same time, the reliable identification of the entrepreneur will make it possible to establish who is behind each company and who represents it, and will be of vital importance for the registration in the commercial register, since the control of the process by a notary gives all the assurances that the information is reliable and legal”, added Mr Bormann.

The online process of setting up a company in Spain

Once the directive is transposed into Spanish law, Martínez Sanchiz explained, any citizen wishing to set up a company entirely online will continue to enjoy the benefits of notarial participation in the process: legal certainty, control of legality, impartial advice and prevention of financial offences.

He also revealed that the General Council of Notaries is already working on the development of the technical means that will allow the public deed of incorporation of a company to be carried out online. This process will include

• Identification of the founding shareholders before the freely chosen notary by means of an electronic national identity document, in accordance with the eIDAS Regulation.

• Confirmation of the real identity of the founding shareholders by the notary by means of the information contained in the electronic national identity document and by videoconference.

• Legal advice offered by the notary to the future entrepreneur in a digital environment, with the content of the public deed agreed.

• Digital confirmation by the notary of the capital contributed to the future company.

• Electronic signature of the notarial deed, with a digital certified copy sent to the entrepreneur.

• Online copy of the deed sent to the commercial register by the notary.

In order to provide more detailed information to all those interested in the issue, the General Council of Notaries has prepared an explanatory video below. 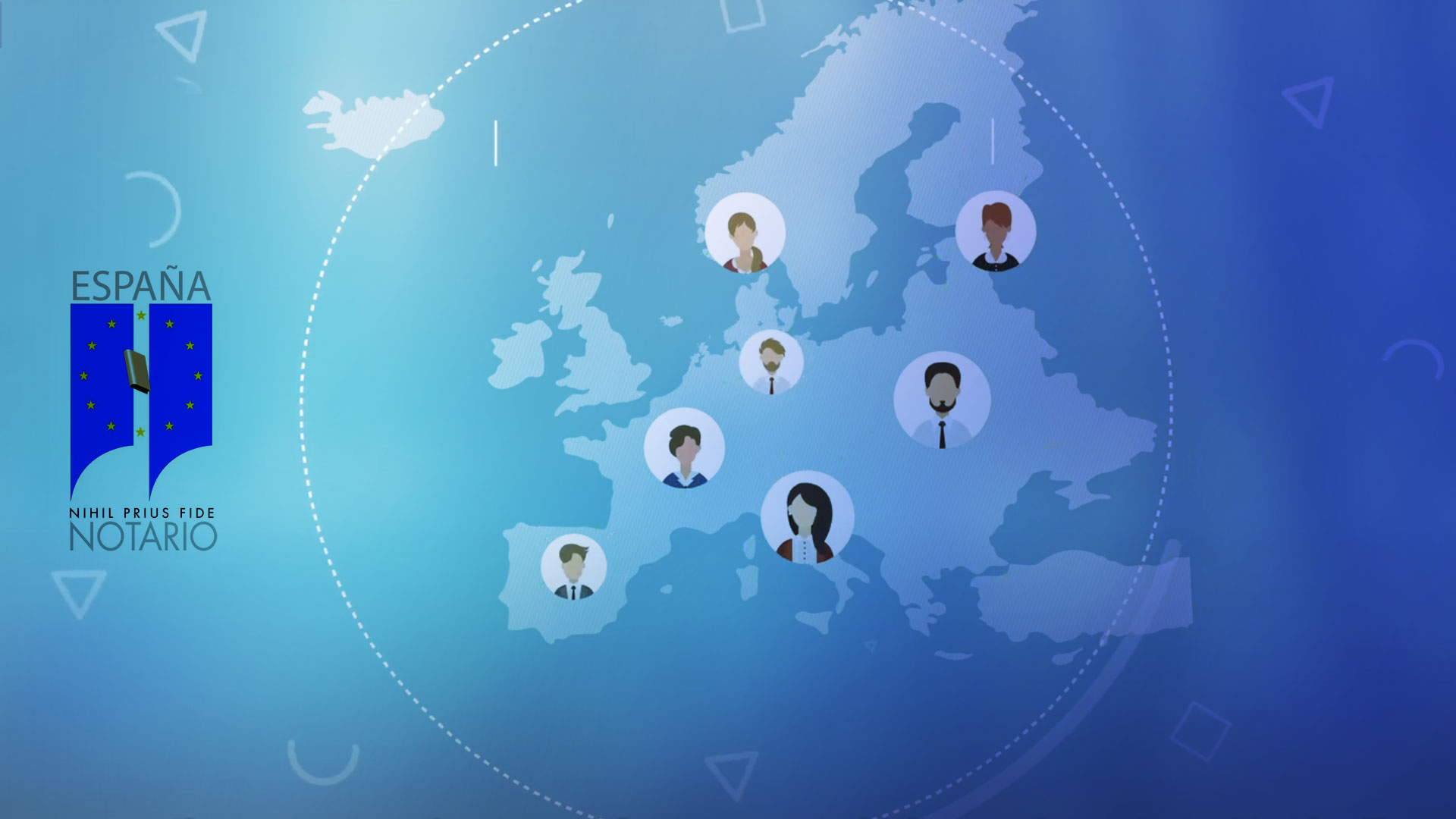