Home  -  News  -  Dr. Peter Stelmaszczyk is the new President of the CNUE

Dr. Peter Stelmaszczyk is the new President of the CNUE

On the occasion of the handover ceremony in Berlin on 20 January 2023, the German notary Dr. Peter Stelmaszczyk became the new President of the Council of the Notariats of the European Union (CNUE) for 2023. He succeeds the Italian notary Giampaolo Marcoz and now represents the 22 notariats of the European Union (EU) and the 45,000 notaries of Europe.

Professor Dr. Jens Bormann, President of the Bundesnotarkammer, opened the ceremony which was attended by numerous political figures. In his speech, Dr. Marco Buschmann, the German Federal Minister of Justice, stressed the important role played by notaries in the preventive administration of justice. His Latvian colleague, Dr. Inese Lībiņa-Egnere, described her own experiences with the notariat and its high level of digitalisation. 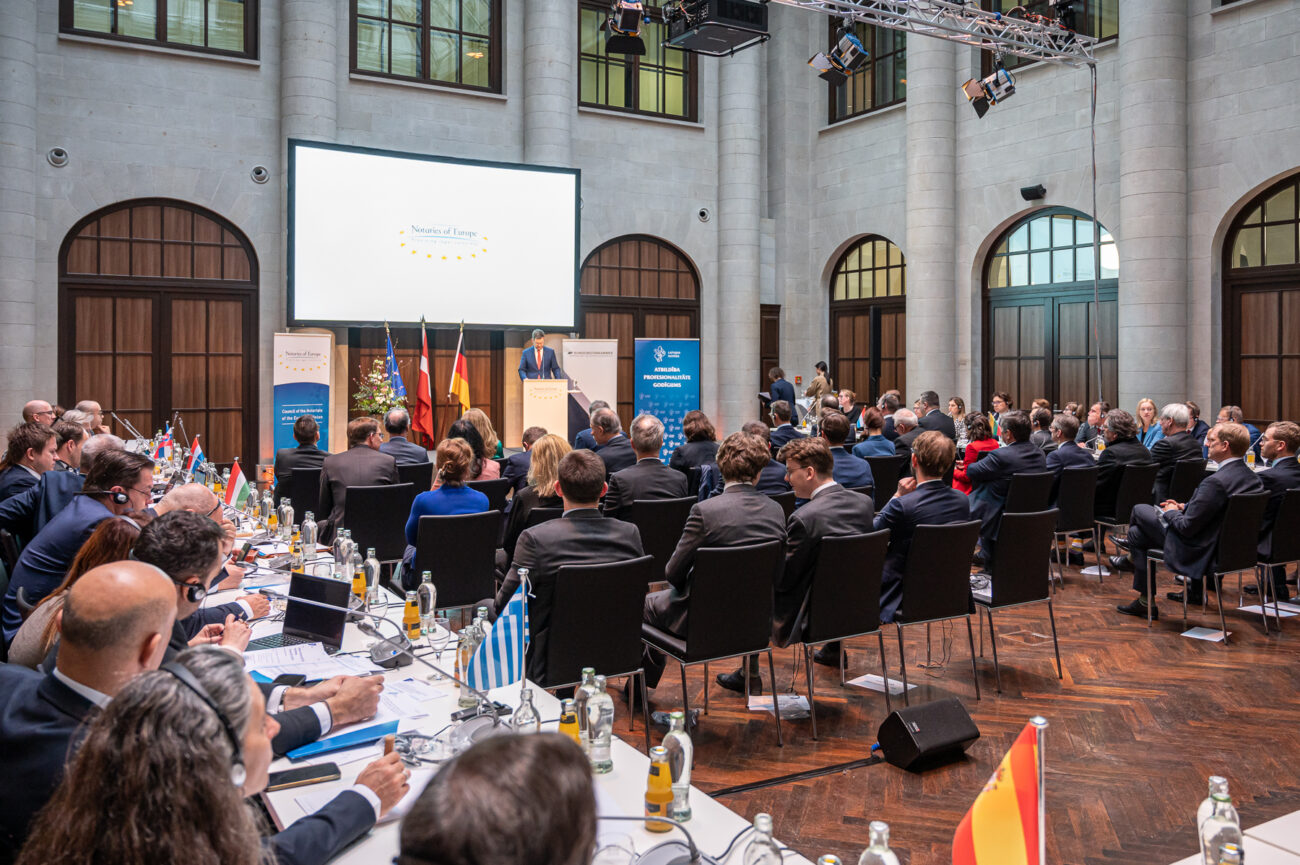 Lionel Galliez, the newly elected president of the International Union of Notaries (UINL), advocated for a strong cooperation of all notariats at European and international level. Giampaolo Marcoz summarised the achievements of the past year and handed over the presidency to Dr. Peter Stelmaszczyk, who promised to continue the fruitful work within the CNUE.

Dr. Peter Stelmaszczyk presented his programme for the coming year. Close cooperation with the European institutions will be at the heart of his agenda. The EU anti-money laundering package, the Commission’s proposal on the digitalisation of company law and the protection of vulnerable adults will be key topics. In addition, Dr. Peter Stelmaszczyk promised further support to the Ukrainian notariat, whose President Volodymir Marchenko came to Berlin especially for this occasion.

Read the press release of the CNUE

Speech by the German Minister of Justice, Dr. Marco Buschmann (in German)

More information on the Presidency of the CNUE 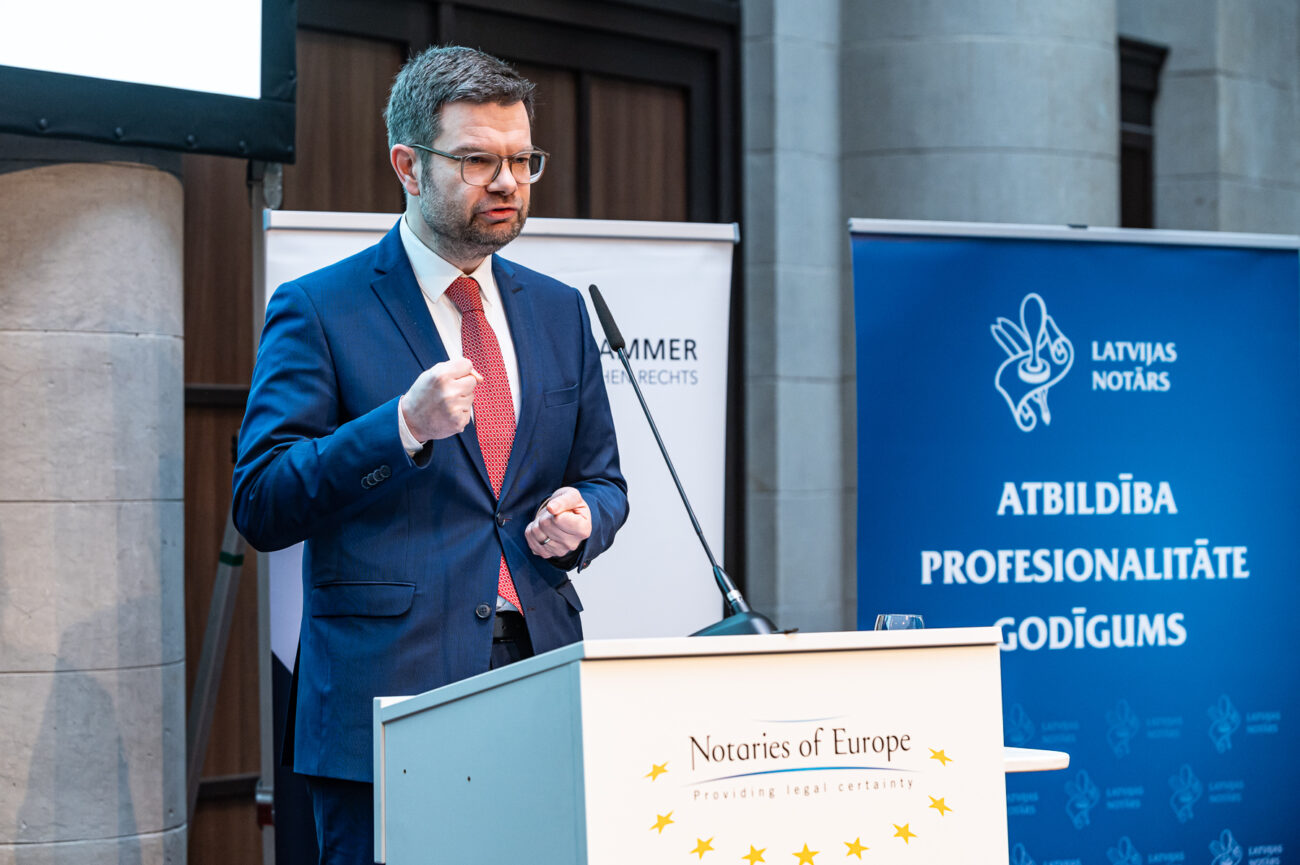 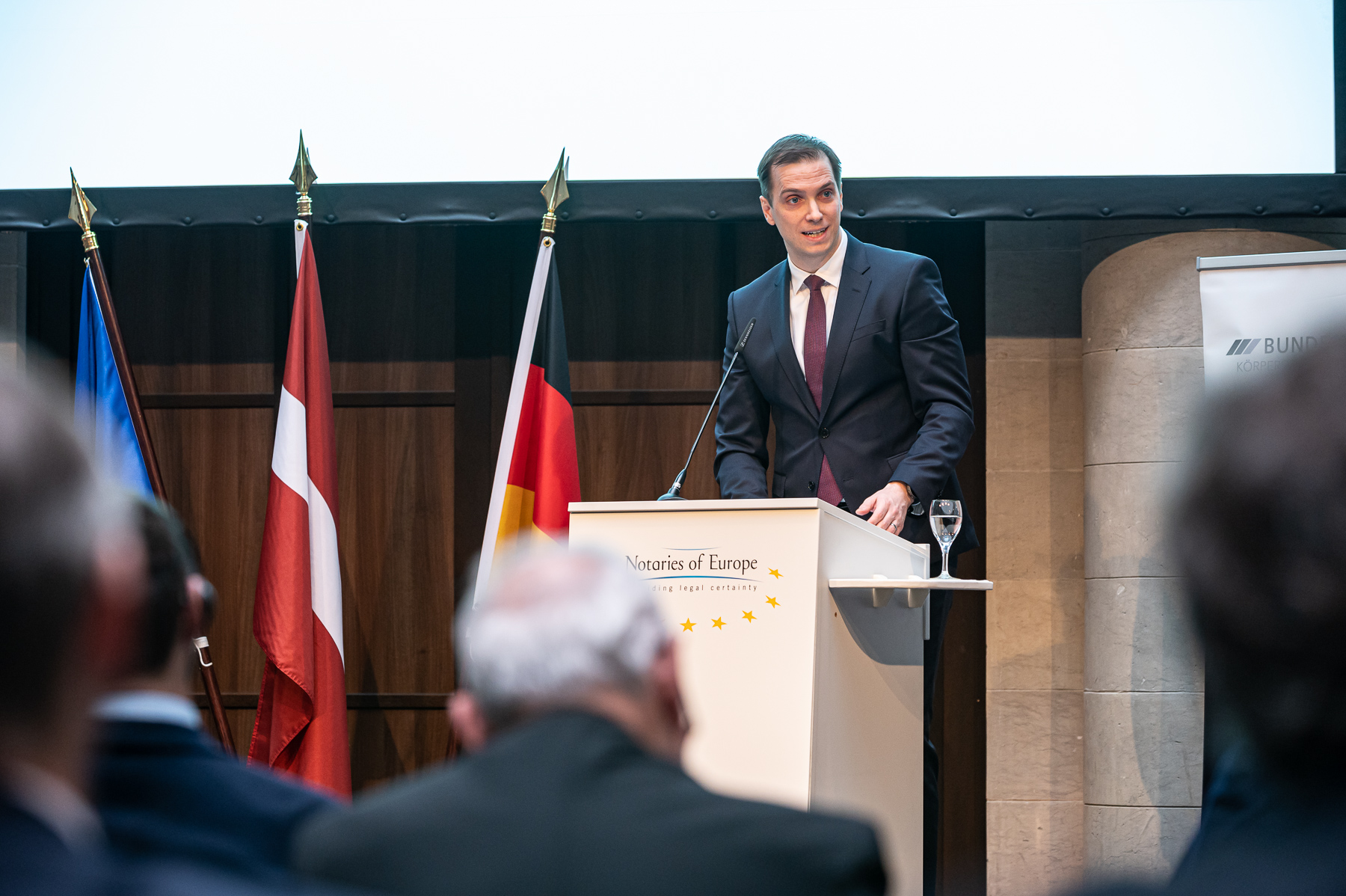 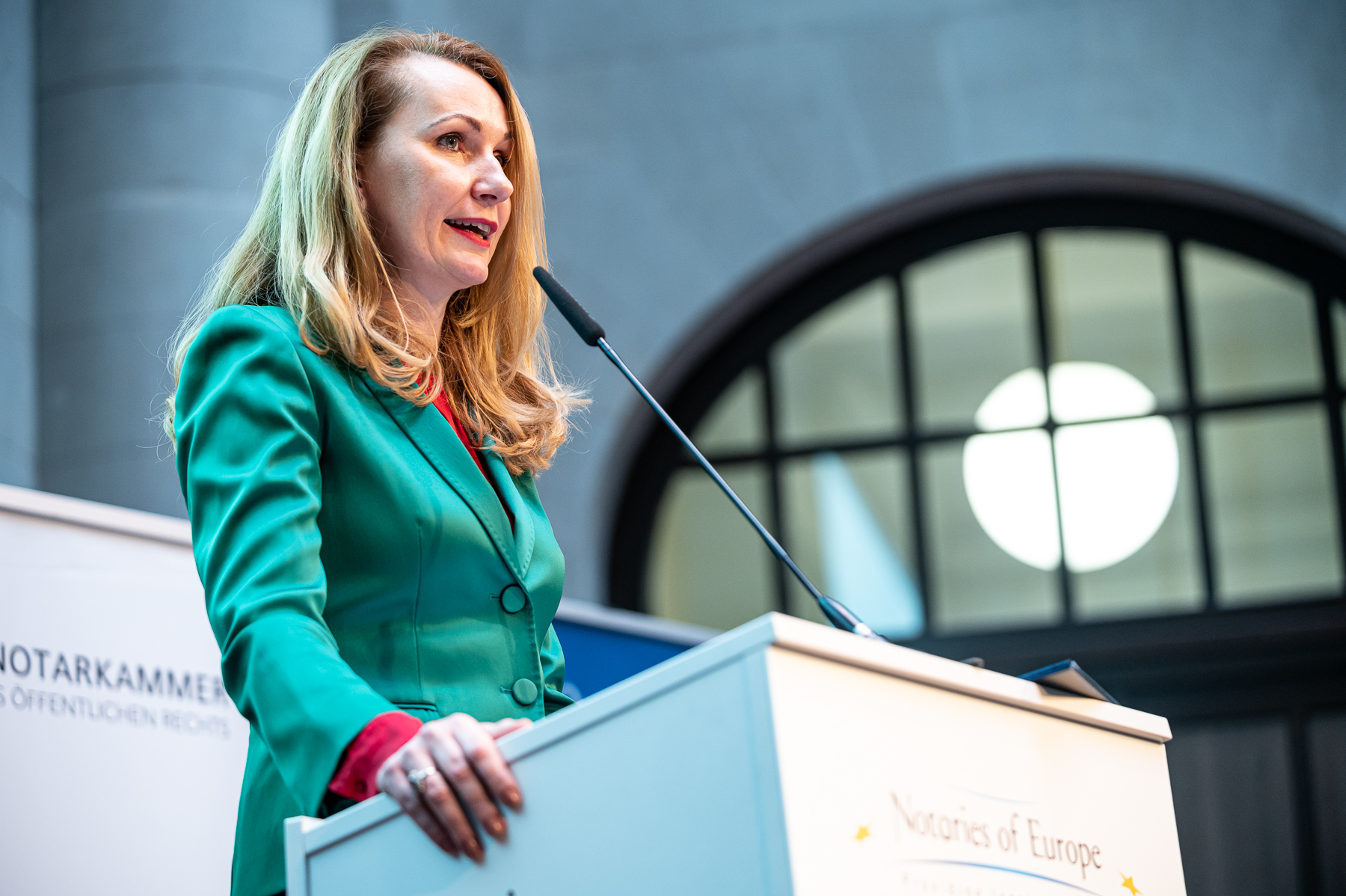 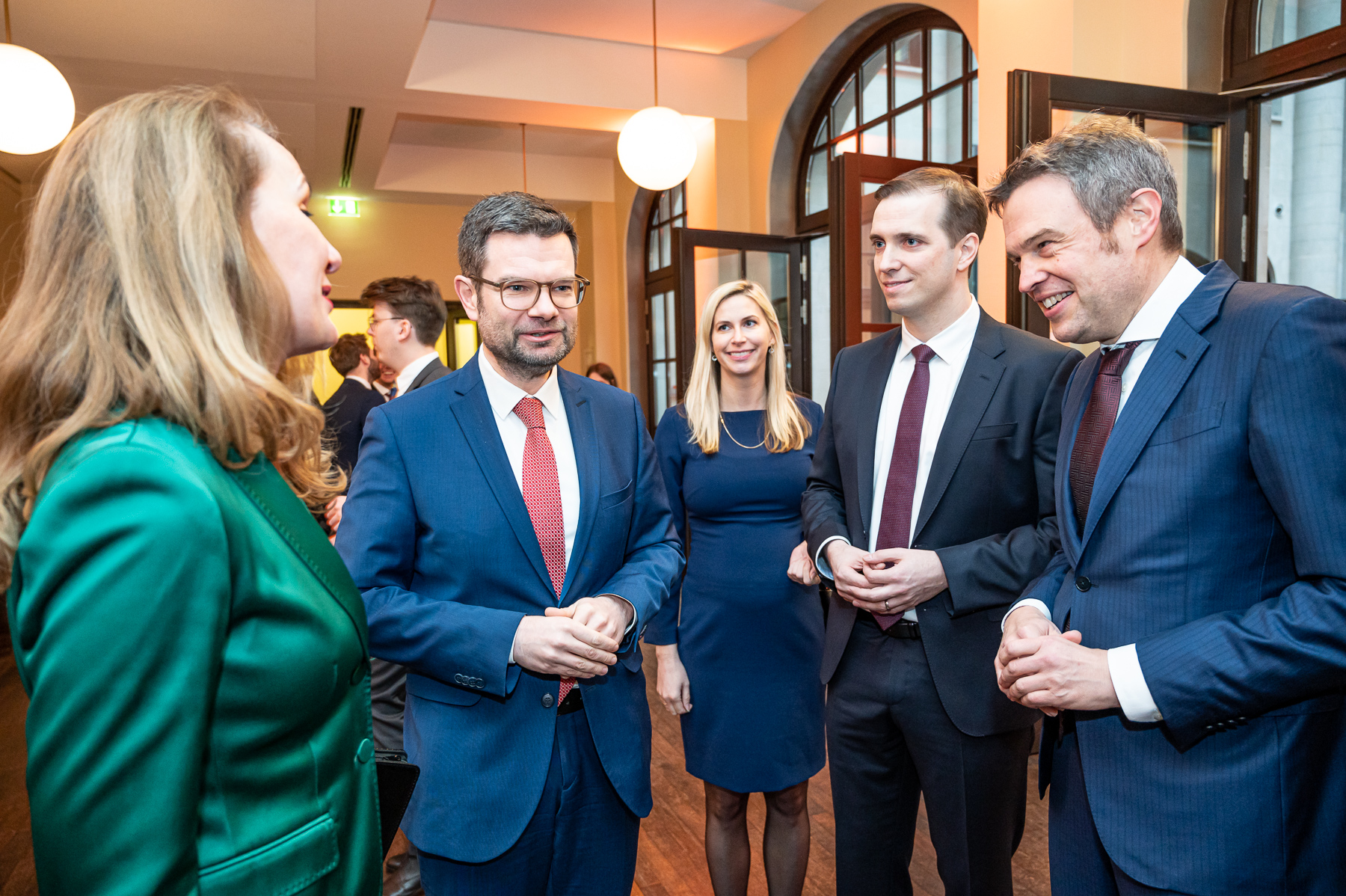