Conference on “The implementation of the EU Directive n°2019/2121 on cross-border transformations, mergers and divisions

On 17 February, the CNUE organised an online conference on “The implementation of the EU Directive n°2019/2121 on cross-border transformations, mergers and divisions”. The aim of the conference was to take stock of the transposition of this directive in the Member States, which have until 31 January 2023 to take the necessary measures.

Notaries from Germany, Belgium, France, Italy, Luxembourg and Czech Republic took part in the two panel discussions, which aimed to review the points still under debate concerning the scope of the directive and the controls on the legality of the operations covered.

Indeed, the Directive provides a general framework for the procedure with specific aspects that must be respected to ensure that the procedures are sufficiently harmonised to guarantee legal certainty, while leaving Member States the possibility to adapt them in their national systems.

In some countries, notaries will probably be designated as the competent authority. This is why, by organising this conference, the CNUE wanted to contribute to the current reflections on this subject in view of the necessary implementation of the directive. 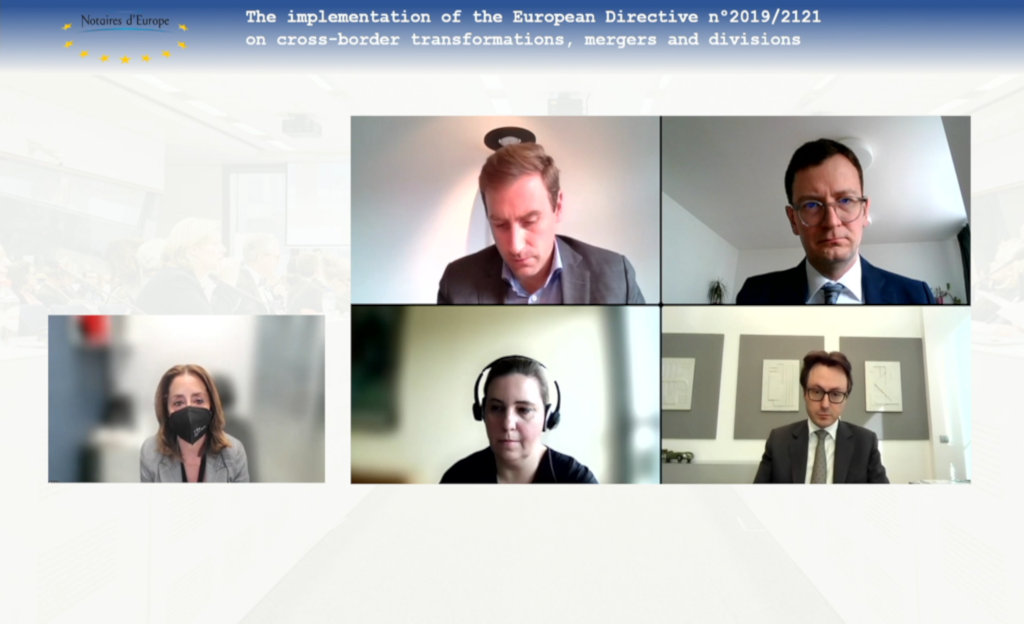 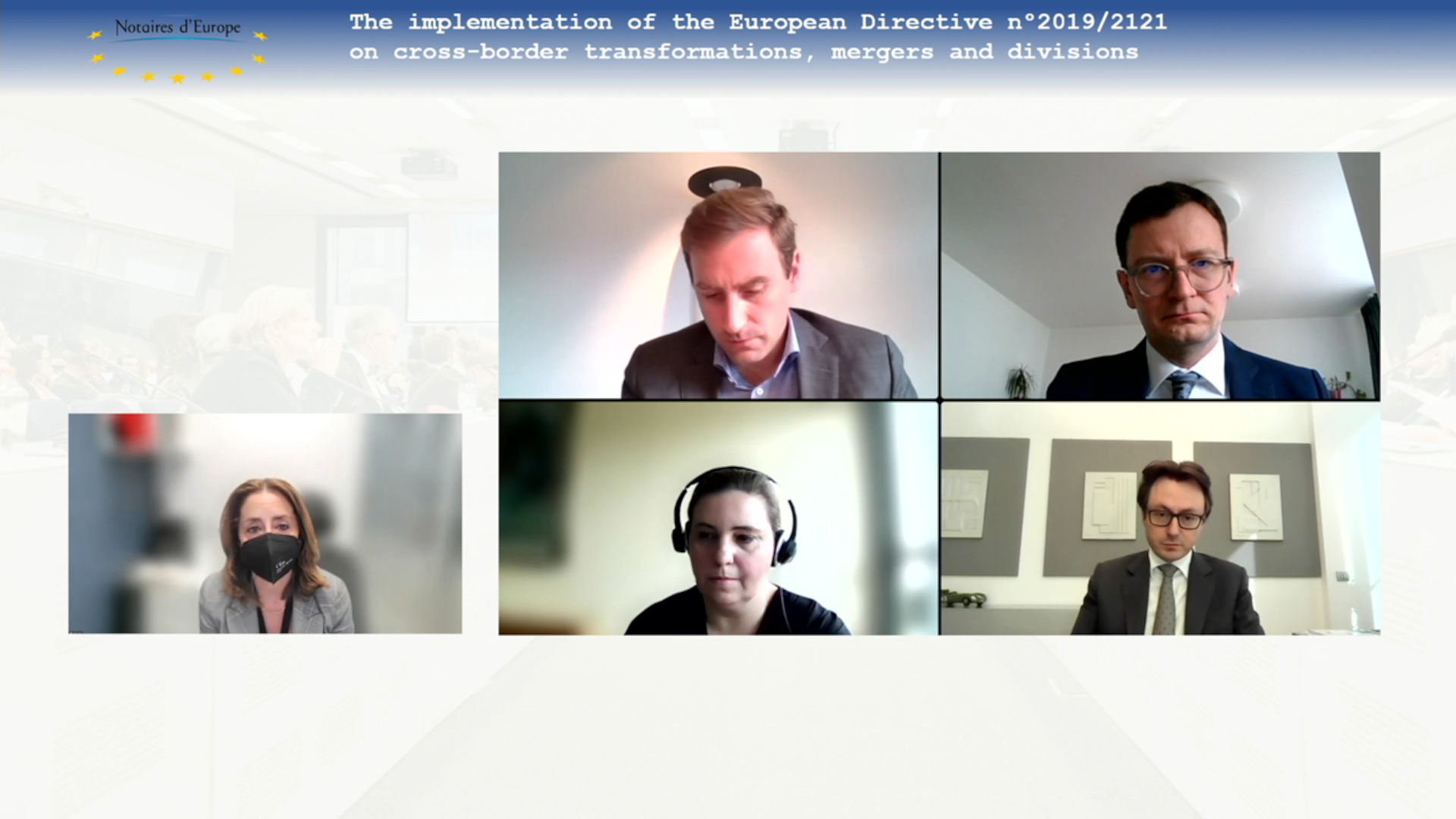 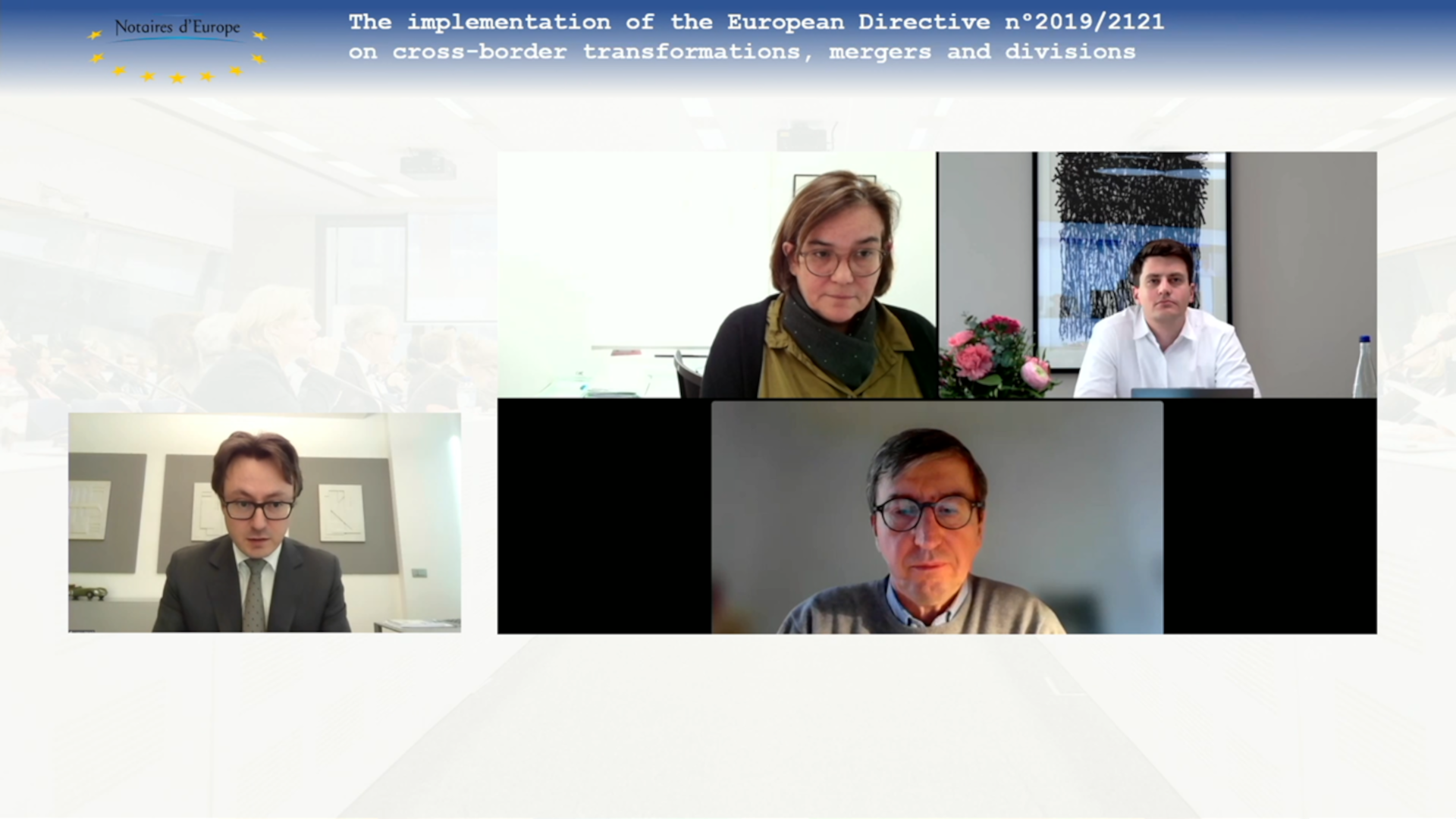